What is Miatas at the Gap?

Simply put, MATG is THE longest running Miata gathering in the country. Located in the midst of some of the greatest driving roads in the country, we are one of the largest gatherings of Mazda Miatas and owners in the US.

Attendees range from Miata newbie to 20+ year veteran and their vehicles from stock to Excocet/track rat and all forms in between. They come from all walks of life and some even come from other countries to attend each year. The cars were meant for these roads and the area doesnâ€™t disappoint.

Ground Zero for the event is the Fontana Village Resort (link, map) located in the middle of Miata driving paradise. The main attraction for the Miata enthusiast is the legendary Tail of the Dragon. Being in close proximity to other options like Wayah Road, the Cherohala Skyway, Moonshiner 28, Devilâ€™s Triangle TN, Six Gap in Georgia, and Diamondback 226A means endless hours and days of driving bliss.

Miata, MX-5, Eunos Roadster, whatever you call it, the Mazda Miata is the most popular sports car ever made. With more than 1,000,000 built since 1989 and fans and enthusiasts the world over love to come together to enjoy great driving roads, make lasting friendships, and enjoy being a part of the greatest group of car enthusiasts around.

We have vendors for all types of Miata upgrades, a tent with event t-shirts and commemorative dash plaques, a schedule of organized drives, and the infamous beer and wine swap on Saturday night. There is also a General Store nearby to keep you fed and hydrated for your driving adventures while providing a great meeting point. 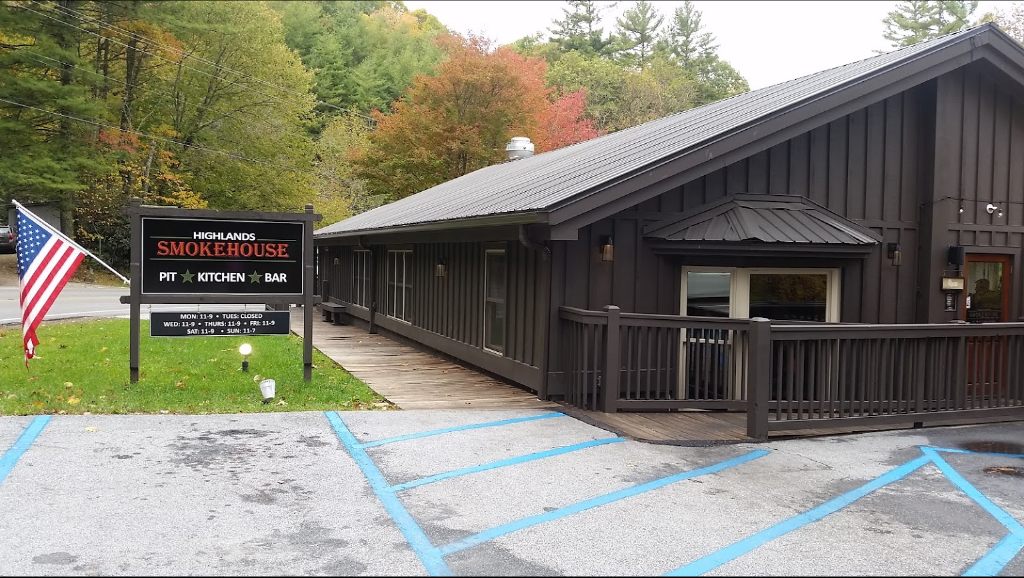 A group drive from Fontana Village, across the Cherohala Skyway to view the sunset from a breathtaking overlook. The annual spirited drive to various twisty roads around the area.  Only 40 cars will be permitted due to traffic.  Meet at the parking lot beside the General Store and leave at 10am SHARP. 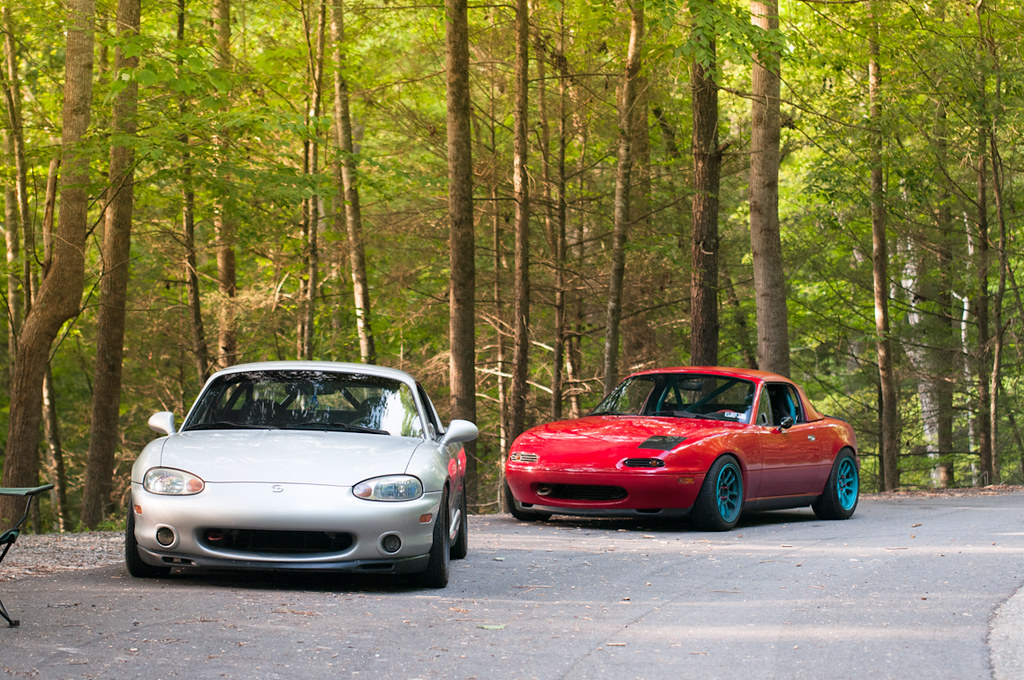 The Fat Buddies run across Wayah road and back on SR 28 Friday afternoon. This should not be confused with the Friday Morning Spirited Run. This will be a fun run at a fun pace, but not a fast, highly spirited run. 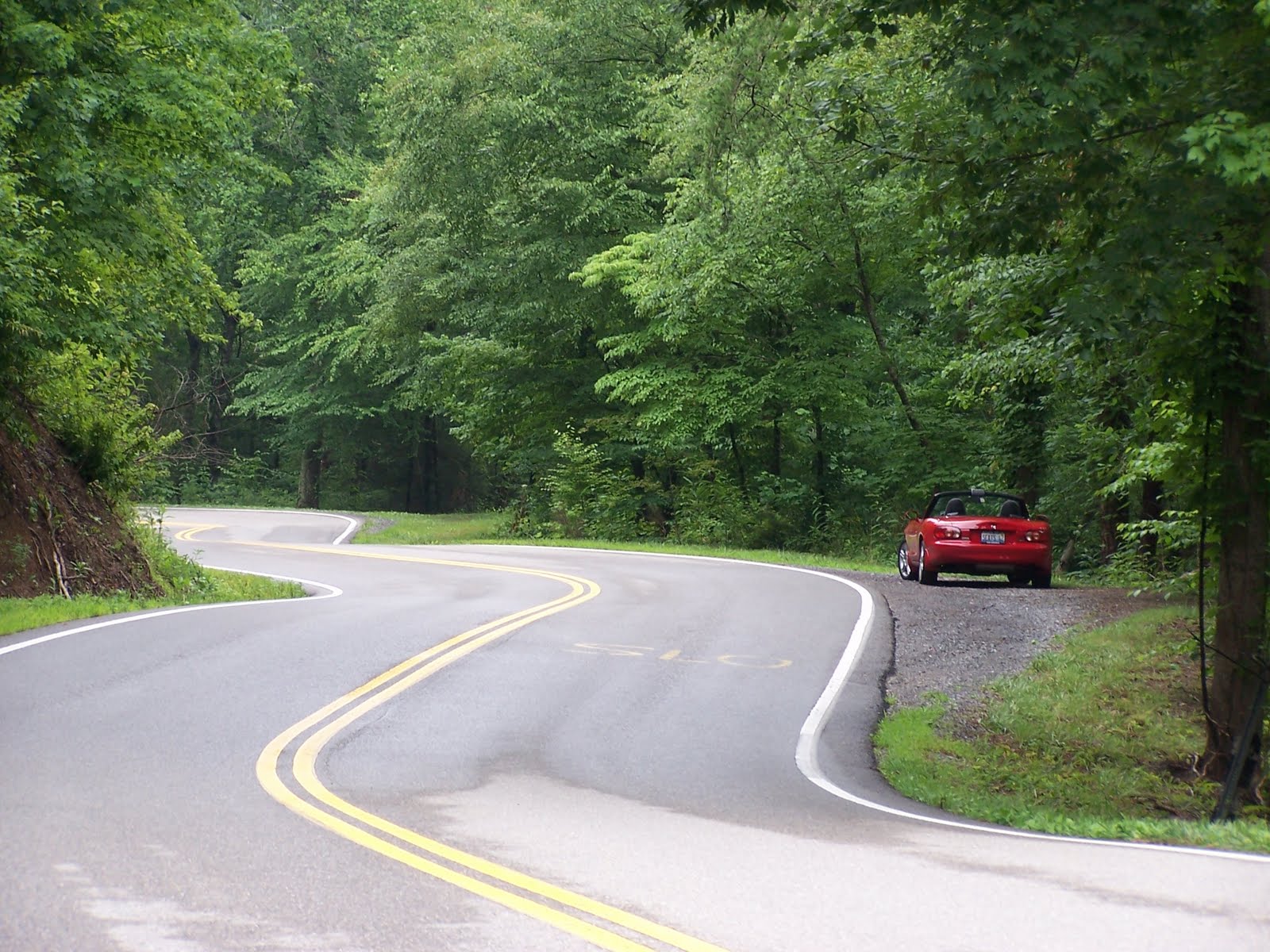 Chris is leading us across the Cherohala Skyway over to Iron Works Grille in Tellico Plains. This run is strictly limited to the first 50 cars in line, so be there early!

Base of Fontana Dam The annual photo of Miatas at the Gap.  The shutter snap is at 11:00 sharp! Make sure that you're there plenty early to get a good spot in the photo. Killboy will have them available on his website for anyone to purchase at great prices. Join us for a run from Fontana to Madisonville (Tellico) over the Cherohala Skyway.  There will be two different groups based on degree of spirited run.

Gather your favorite local adult beverages and share them with the crowd at the annual MATG Beer Swap and Wine Tasting! The prizes are donated items from our vendors and partners. 100% of all proceeds benefit the chosen recipient as our way of saying Thanks and showing support for our community and the community we become a part of every year.

For over 8 years now, Fontana Village has served as Ground Zero for Miatas at the Gap. We fill the village each year with Miatas and friends in lodging that runs from simple campsites and RV hookups to hotel style rooms in the Main Lodge to a variety of private cabins. All vendors and tables are set up in the General Store parking lot across from the pool and ball fields. There are always a number of pre-planned events that stage in the General Store lot or other locations in the village and surrounding areas. These events can range from sightseeing tours to spirited canyon drives and everything in between. On Saturday afternoon, the vendor area is where the Graham County Tourism Board and Fontana Tourism Development Association provide a FREE LUNCH and Moss Motors provides FREE ICE CREAM after the Dam(n) Photo. Attendees gather here again Saturday Evening to celebrate the end of another great gathering with the charity raffle and the Beer & Wine Swap. Every year we are able to set aside a block of cabins, camping spots, and lodge rooms that are only available to our group. This block, except for the camping spots, is pre-negotiated at a special discount rate that is only available for attendees of MATG. To take advantage of these rates, you must register directly by phone and tell them you’re with the Miatas at the Gap group. Fontana Village also houses one of the few bars in the area, multiple restaurants, the General Store for all of your basic needs, and the Pit Stop where you can refill the gas tank, rehydrate and shop for some area memorabilia

(New owners, temporarily closed for remodeling) Located on Highway 28 between Fontana and Robbinsville. Owned and operated since 1967 by Ben and Barbara Crisp. They also have a convenience store and gas station.

Tapoco Lodge was built in 1930 by ALCOA for workers on Cheoah Dam. The lodge consists of suites, lodge rooms and cabins.

The Quality Inn & Suites is in the middle of Robbinsville and walking distance to grocery stores, restaurants and gas stations. Free wifi, continental breakfast and allows pets.

The Mountview Restaurant sits at the top of the valley on the west end of The Lodge at Fontana. The Mountview offers a savory menu featuring the freshest local vegetables and meats, baked goods and desserts sided with an ever changing selection of beautiful main courses.

In the center of the Fontana Village Resort on a hillside overlooking the activity fields, Gunter Cabin and the General Store sits the Wildwood Grill Restaurant. Once a game room and snack bar, the remodeled Wildwood Grill offers a warm and charming ambience, wonderful food, craft beer, wine, cocktails, and friendly service. Food options range from a wide selection of appetizers to salads, burgers, incredible sandwiches and made to order pizzas and the full menu is available for both lunch and dinner. Whether you dine on the lively patio or settle into a cozy table inside, the Wildwood Grill delivers an unequaled mountain view with regularly scheduled live music, food, and great friends! If you’re on the go, the food selections are available on a carryout basis as well for your picnic at the dam, or lunch on the Dragon, or wherever your adventure leads. Take-out on pizza and other snacks is also available.

In 2004, the addition of the Dragon's Den Grill was added to Deal's Gap Motorcycle Resort. Allowing 65 guests to sit, relax, and have a great meal. Four years later, the addition of the Pub was installed, so one can enjoy a cold beer with their meal if desired. Three TV's set on weather, news, & SPEED Networks are positioned around the Grill & Pub to keep you updated on current conditions & race day shouting at the tv.

Perched on the banks of the world famous Cheoah River, Tapoco Tavern combines the very best of classic pizzeria and all American flavors with a view and environment unmatched in all of Western Carolina. Order up a brick oven pizza for the family or indulge in the house favorite, “The Dam Drink” from their full-service bar. From steaks, burgers, salads, and local Carolina Mountain trout, there’s something for everyone.

The Hub of Western NC

Established in 2013. We thought a 1950s service station themed coffee and sandwich shop would be the perfect atmosphere for the road weary Dragon slayer or the adventurous people that just crossed up on over 5000 feet on the Cherohala Skyway or Blue Ridge Parkway. With plenty of covered bike parking and a large outdoor covered eating area over looking the river, its a perfect spot to kick of your ride with fresh locally roasted coffee or to take a break from the road for some BBQ or a hot pressed sandwich. Come get your grub at The Hub!

Exomotive manufactures the Miata-based Exocet kit car. Imagine putting your Miata on the ultimate diet and creating a vehicle on par with supercar performance with the reliability that the MX5 is famous for.

Bryan and the crew from Fab9 Tuning will be making the drive down from Michigan and will be setup in the Vendor's area. Please come visit them and check out their upgrades and tuning options for all generations of Miatas.

FM is proud to be back at MATG for 2022! Come say hi to the Flyin' Miata team, check a few of the FM fleet cars and talk shop with our Miata nerds. From suspension to forced induction, Flyin' Miata is your source for Miata performance parts.

KMiata delivers in the form of impressive, naturally-aspirated, four cylinder power that the Miata community has long-clamored for. The KMiata conversion proves to be a fast, reliable all-around package. 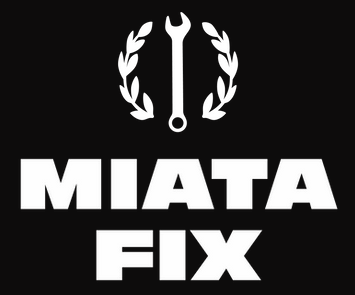 The Miata Fix exists to ensure your Roadster stays on the road. We want to meet you, learn about your projects, and help you get your fix: whether it's stock maintenance or full race car!

Moss Miata has been a major sponsor and participant of "The Gap" event for many years. If you're looking for parts and accessories for your Miata, with more than 25 years of service, Moss is where it's at!

MX5 Digital is a company created by fellow enthusiasts that aims to provide a new and unique option in the Miata market. The digital cluster accurately reads speed, RPM’s, fuel, pressure, and temperature. 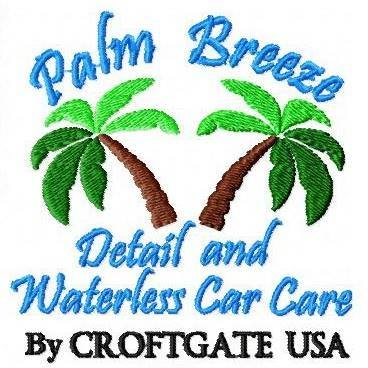 Palm Breeze Car Care will be at MATG again this year selling their waterless car care supplies and performing masterful detail cleaning on the spot. Drop your car off, get an ice cream cone, and then pick up your freshly cleaned and detailed Miata.

Dan and Carla will be joining MATG again this year and bringing some of his custom powdercoated items. You can see some samples of his craftsmanship in person at MATG on a multitude of Miatas.

RSpeed provides world class repair, service, and unique parts and accessories from around the world for the world's best selling sports car - The Mazda Miata 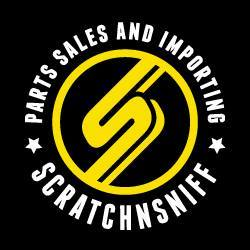 Alex Todd is bringing some imported JDM goodies along with tons of Miata parts and accessories for you to purchase on-site. He also offers shipping on larger items, and has a tremendous amount of inventory in stock.

Spinnywhoosh Graphics will be bringing along samples of their vinyl talents. From Miata (and other car scene) decals to window banners, large livery type applications like their Sakura kits and even autocross numbers.

Improve your vehicles appearance, increase its value and keep the original finish by having the small dents and door dings banished using our paintless dent removal techniques!